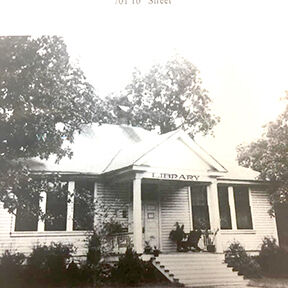 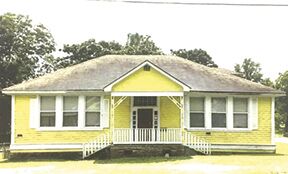 A proposal was brought forth to the Polk County Quorum Court during their July meeting on Tuesday, July 28, by Shirley Manning, President of the Polk County Genealogical Society, for a museum to be placed behind the current Polk County Library.

Manning shared with the Court of a set for the purchase of a building to become a Polk County Museum. “ The purchase of the building is proposed through the Polk County Genealogical Society (PCGS) so that donations are tax deductible. The funds for the purchase will be secured through Go Fund Me and other fund-raising events with a goal of a $100,000,” said Manning. She continued, “The funds would allocate with $50,000.00 toward the purchase and move of the building and $50,000.00 toward refurbishing the interior of the building. However, this doesn’t limit the fund raising to $100,000.00 or suggest that fund raising will be stopped at that point. We will plan to continue until the project is completed. PCGS proposes to ascertain whose name (city or county) to put on the title, as building will be titled so that it is under the same jurisdiction as the current library. PCGS will have met with the Library Board to get approval and work with them throughout the project.”

The PCGS proposes to purchase the former owned by Richard and Michelle Yahn. The Sunshine House was the original Polk County High School and Library building dating back to 1898. The original purchased price of the building more than a century ago was $1,700.

With the purchase, the PCGS envisions an interactive display for both children and adults of the history of Polk County. “The proposal is for Polk County Museum. The goal is to provide a museum for Mena and Polk County which will depict the history of the county. We suggest a committee be appointed to make suggestions of remodel and providing displays that would show and tell the history of our country. The Committee would then take these suggestions to the Library Board, who would act upon the suggestions. We would also solicit funds and objects from throughout the county, so as to include the whole county in this project. PCGS will continue to be involved with the fund raising and provide history and information for use in the museum. PCGS proposes to come up with a name which does not suggest this is a Mena only museum.”

During the discussion of the proposal, Manning shared with the Court what measures would take place in the moving of the building to its new location would entail. Some of these measures included the hiring of Combs House Moving from Ratcliff, Arkansas (noted for moving historical sites), working through details with SWEPCO and Aleshire Electric, placing footings and foundation and contacting the City of Mena in regard to permits. During the presentation, Manning also discussed the possibilities of placing a bathroom in the building, repainting the building to its original look as well as building the porch to its former state and to list the building on the National Register of Historic Places.

Cop shoots man after accidentally being hit by deputy's Taser

The Polk County Library would assume the staffing of the museum and initially a $1,500 stipend from the PCGS could be utilized during the initial stages of the proposed museum. One staff member from the library would be sufficient and Manning shared that volunteers with the PCGS would also assist when available. In compliance with Americans with Disabilities Act Standards, Manning shared that a ramp would be constructed for wheelchair accessibility as well as double doors.

After several questions were asked by the JP’s in regard to the financial aspect of the project, a motion was made and carried 11-0 for Manning and the PCGS to pick a dollar amount for the Court to commit annually and have the City of Mena to match the amount. Until the dollar amount has been set, the proposal has been tabled until a future meeting. JP Harold Coogan also requested a presentation to the Court by the Polk County Library Board.