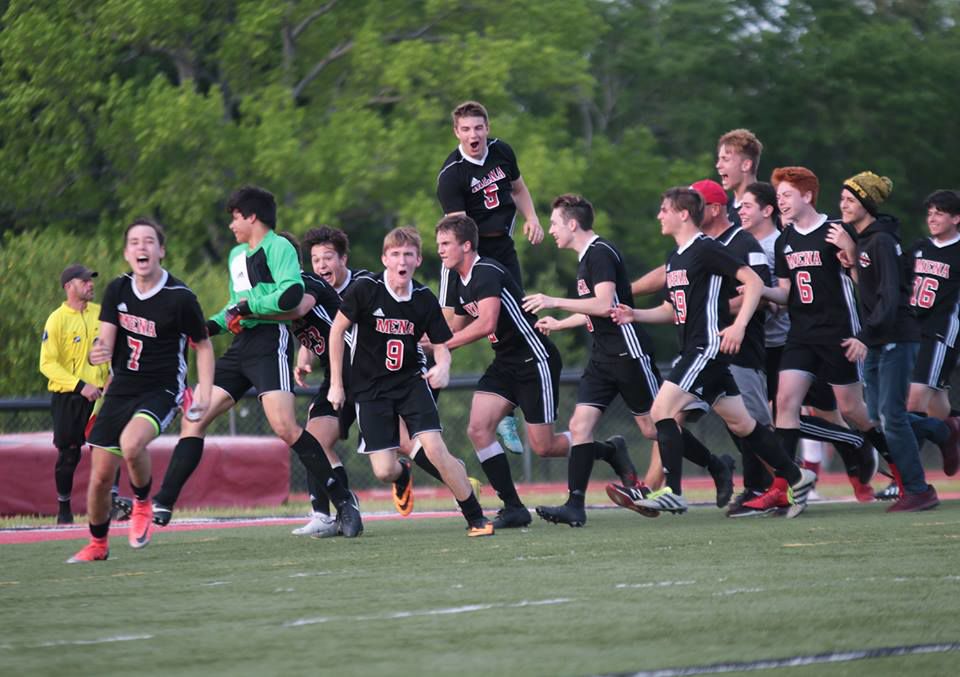 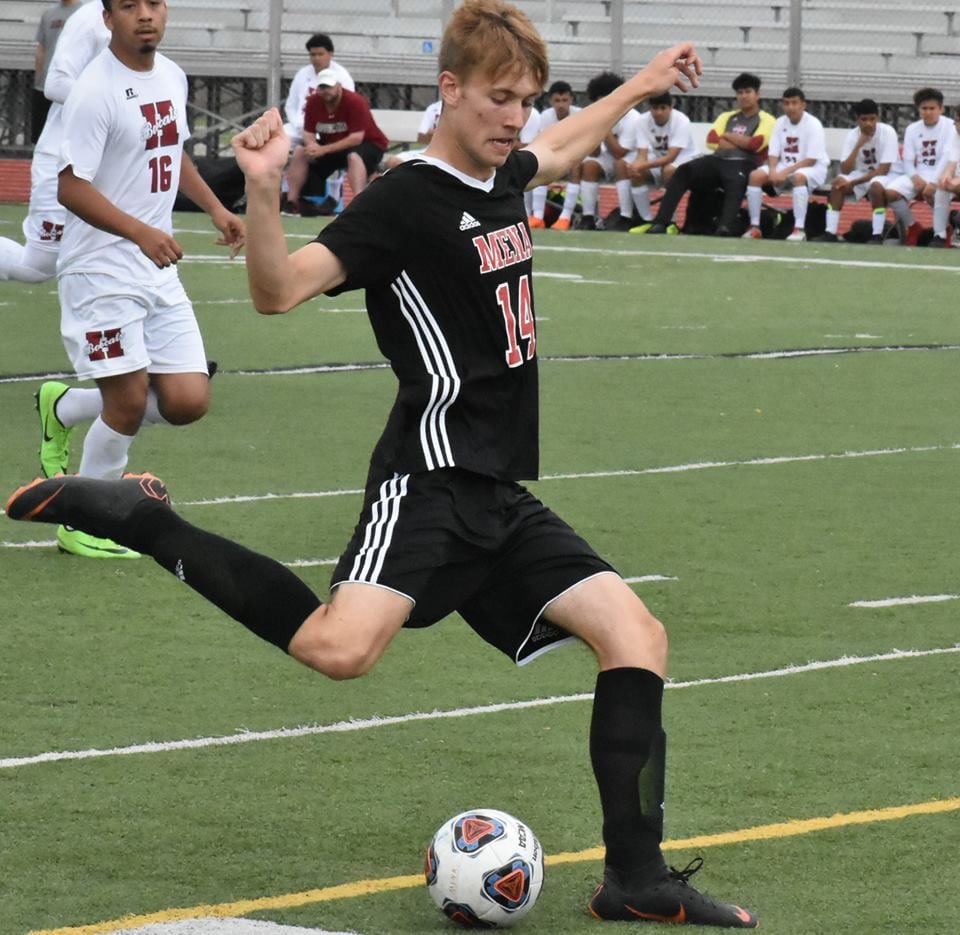 Mena's Cristian Lua scored the first goal of the game for the Bearcats just ten minutes into the contest. However, the Bobcats answered a minute later and tied the game at 1-1. With 7:11 left before halftime, Vinzent Ubleiss scored Mena's second goal to give the Bearcats a quick 2-1 lead. Three minutes later, the Bobcats answered with a goal of their own, to tie the game 2-2 at halftime.

In the second half, after a scoreless first twenty minutes, Vinzent Ubleiss sunk a corner kick with 17:37 left in the game to give the Bearcats the lead 3-2. Just four minutes later, Cristian Lua added onto the lead with his second goal of the game, extending Mena's lead to 4-2.

Down by two, with under 5:00 left in the ballgame, the Hope Bobcats began to make a comeback. The Bobcats made their first second half goal with 4:50 left in the game, and a minute later tied the game at 4-4. In the final minutes of the game, both teams went scoreless to force a shootout.

Up first, Mena's Cristian Lua sunk his kick for the Bearcats. With the game on the line, Hope's Aryell Felipe made his shot at well, to tie the game up at 5-5.

Offseason Outlook: Broncos will have new kicker, and maybe a new punter in 2020

Camden Brodersen was the second sharp shooter in the shootout for Mena and made his shot. The Bobcats then returned the favor as Sebastian Reyna made his shot at well, tying the game at 6-6.

For each teams third shot, Luiz Pessoa made his for the Bearcats, as Samuel Munoz answered for Hope, making the score 7-7.

Vinzent Ubleiss made his third goal of the evening for Mena with his penalty kick. However, the Bobcats again answered with a made goal of the own, this time by Adrian Dominguez, to make the score 8-8.

In what ending up being the winning goal of the game, Henrik Wurpts made the Bearcats fifth shot of the shootout, before Hope's Johan Valasquez missed his shot off the top of the goal, giving the Bearcats the win 9-8.

With the Bearcats win on Monday, Mena advances to the semi-finals of the 4A South District Tournament against #1 seed De Queen (17-1, 8-0) on Thursday, May 2, at Arkadelphia High School, and also clinched a spot in the 4A State Soccer Tournament.