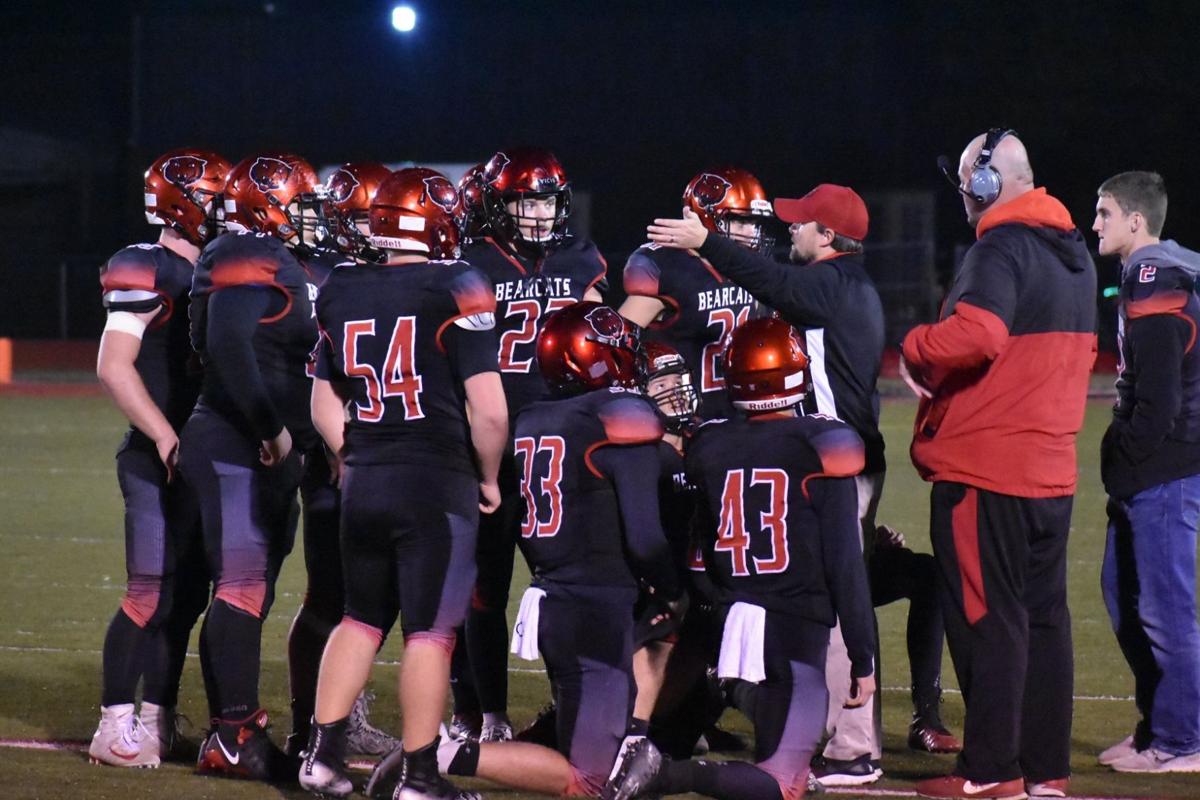 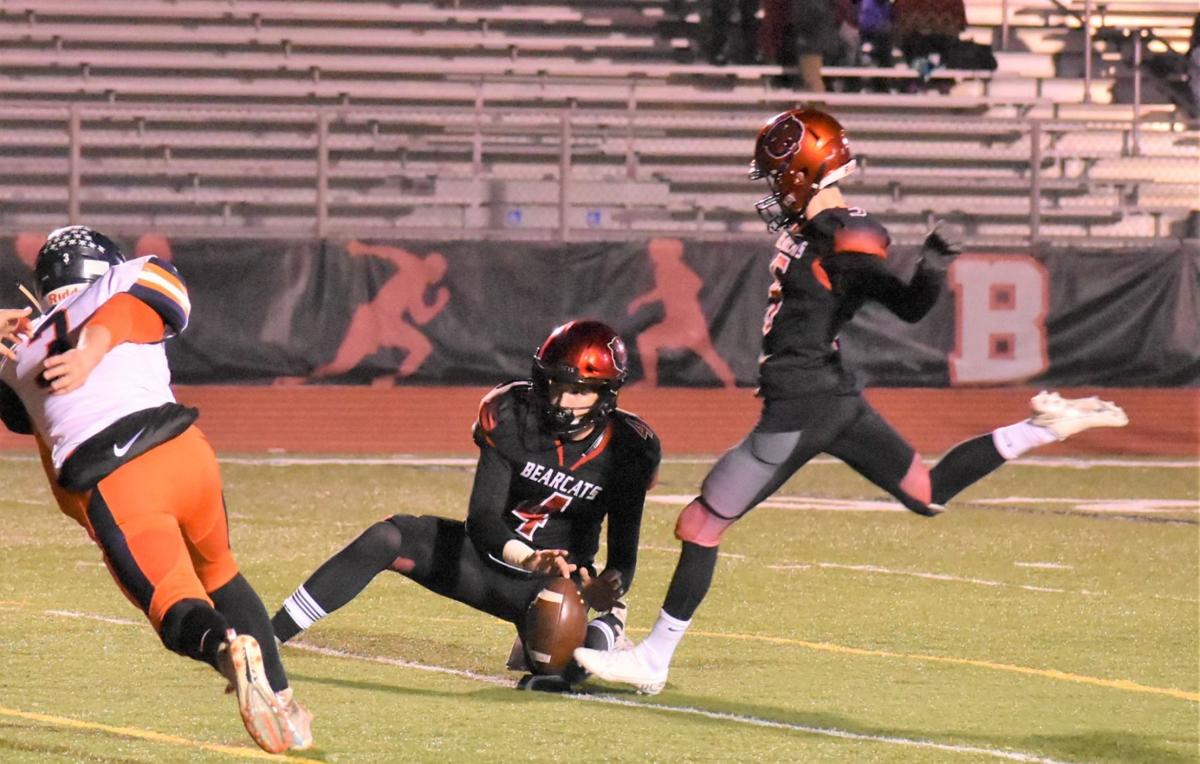 On a chilly evening at Bearcat Stadium, the Mena Bearcats (7-2, 4-2) hosted the Subiaco Academy Trojans for Senior Night last Friday, November 1. Mena’s offense took a couple of minutes to get rolling, but the Bearcats hit the scoreboard on a 7-yard touchdown run by Evan Graves to take an early lead. Luiz Pessoa nailed the PAT, to make the score 7-0 with 7:50 remaining in the first quarter.

Not long after, Andrew Graves ran in 10 yards for a touchdown of his own, to make the score 14-0. The score would remain through the end of the opening quarter of play.

The Trojans moved down the field in the second quarter, during a very time-consuming possession. However, the Bearcat defense made a big stop, leading to a Zane Stephens pass to Sam Efird from 15-yards out for a touchdown, extending Mena’s lead to 21-0 right before halftime.

Mena’s first touchdown in the third quarter came on a 47-yard quarterback keeper by Stephens, to make the score 28-0. Evan Graves then scored less than a minute later on a 29-yard touchdown run for his second touchdown of the night. The Bearcats took a 35-0 lead into the final quarter of play.

The Bearcats scored only once in the fourth quarter, when Stephens connected with Mason Brotherton on a 25-yard touchdown pass. Mena failed to convert a two-point conversion, making the eventual final score 41-0.

From the quarterback position, Stephens passed for 93 yards and 2 touchdowns. The senior Bearcats also rushed for another touchdown and 61 total yards.

Between the Graves brothers, Andrew led with 41 yards and a touchdown, however Evan scored twice with 36 yards. Also on the ground, Jake Wiles touched the ball 12 times and ran for 107 yards.

Mason Brotherton and Jakes Wiles both caught for 39 yards, as Brotherton added on a touchdown. Sam Efird also scored and caught one pass for 15 yards.

“Friday is a big game for both teams,” stated Head Coach Craig Bentley. “We are treating this as a playoff game.”

Bentley went on to add, “This matchup is between two of the top defenses in 4A Football, and two explosive offenses. We have played in some big games this year, especially early in the year, and we think that will benefit us this week.”

According to Hootens.com, the #10 ranked Bearcats in 4A are two-point underdogs to the #8 ranked Sand Lizards.

Kickoff at Dardanelle is scheduled for 7:00pm this Friday night.