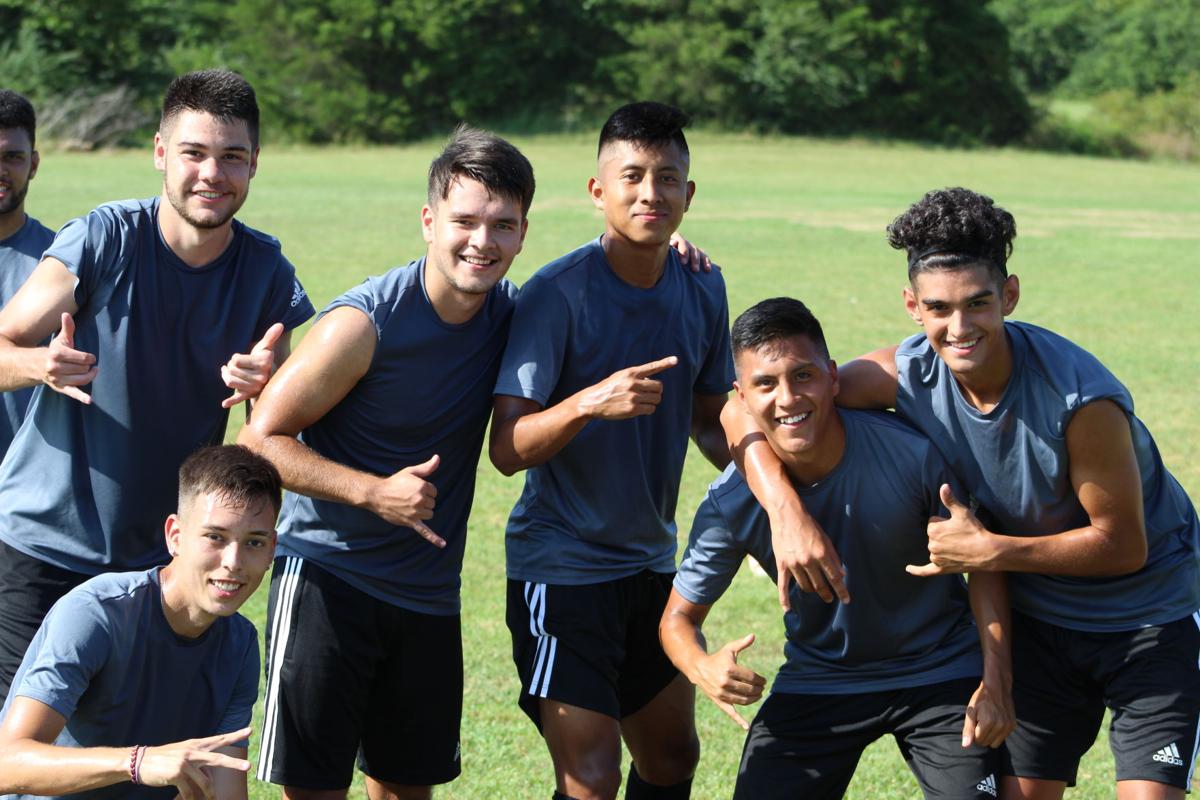 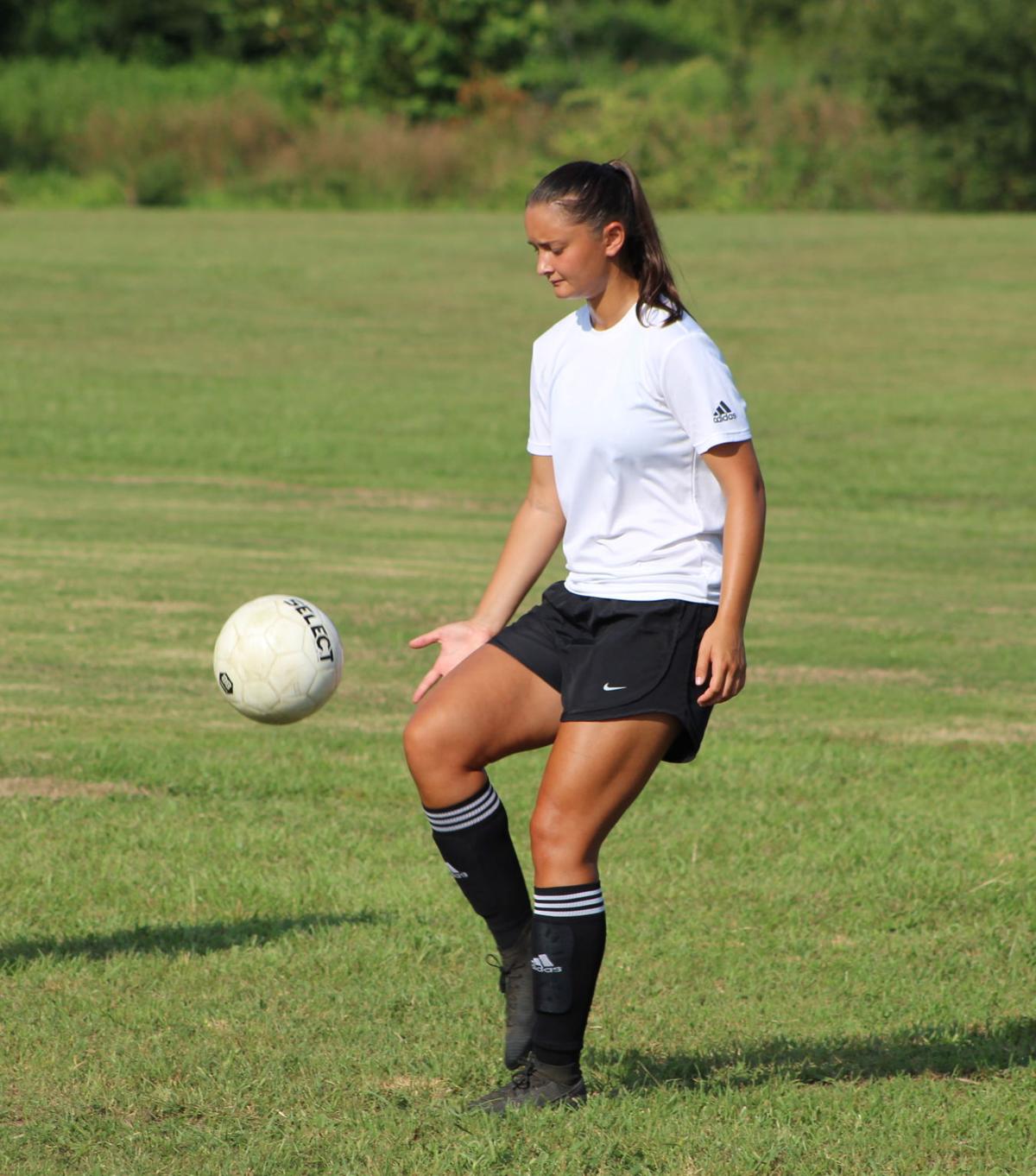 The Bucks Soccer program visited NAIA Division 1 Lyon College on Tuesday, August 13th, for a three 25-minute halves scrimmage. The women's team had a strong first half outing by Mansfield, TX native Madison Zamudio with 2 goals at the 20 and 21 minute marks in the condensed 25 minute first half. The Bucks defense along with Goalkeeper Briana Salinas (Fort Worth, TX) played tough and held off a few runs made by the Scots offense. The halftime score was 2-0 in favor of the Bucks.

In the second half, Coach Brian Byrd stayed in his defensive formation while continuing to rotate players to different positions. The Bucks defense remained tough and wore down the Scots attack that led to some runs for the Bucks in the second half. However, the Bucks and Scots remained scoreless for the half.

In the third condensed half, Coach Byrd continued to move his players to different positions to continue to evaluate his team as a whole. The third half was similar to the second, however, the Scots made a run of their own and found the back of the net midway through the half to cut the Bucks lead to 2-1. The score would remain as the Bucks took the match 2-1.

Coach Byrd was very optimistic and proud of the women after the game. "I'm very proud of the girls. They fought through some brutal heat in their first match as a team. We persevered to a 2-1 win, and I couldn't be more proud. There's a lot to work on, but to start like this is a blessing."

The opening kickoff proved that it was going to be a fast paced and physical scrimmage as the Bucks took on the Scots of the NAIA Division 1 Lyon College in Batesville, AR. Early in the match, the Scots took advantage of an early Bucks mistake after a bad pass. The Scots scored on a set piece to take the early 1-0 lead in the first of three halves. A few minutes later, a great pass by the Scots across the field left an open net to extend their lead to 2-0. The Bucks were unsuccessful on a few good corner kicks before the midway break in the half.

After the midway break in the first half, the Scots scored on a rebound after a set piece to go up 3-0. A penalty in the box led to a goal off of a penalty kick by Maurice Theart (Parklands, South Africa) to cut the Scots lead to 3-1. The Bucks defense held strong to finish the first half.

To start the second half, the Bucks put in a fresh 11 players. In what seemed to be very even play, the Bucks and Scots battled back and forth. A penalty on the Bucks resulted in a PK opportunity for the Scots right before the midway break. However, the PK was wide left and bounced off the goal post. The score remained 3-1 in favor of Lyon College.

After the second half midway break, the Bucks and Scots battled back and forth until Bryan Crespo (Brossard, Canada) found Euwin Stevens (Cape Town, South Africa) on a set piece to cut into the Scots lead 3-2. Play resumed after an injury timeout for a Scots players that was injured on the Bucks scoring play. Late in the half, a great defense run by Romario Abraham (Kitchener, Ontario) led to a corner kick by Blake Elliott (North Shore Auckland, New Zealand). Elliott's corner kick was headed by local phenom Daniel Perez (Wickes, AR) to teammate Caleb Summerfield (Plymouth, England) for the goal to tie the game at 3-3. A few moments later, Maurice Theart was tripped in the box and converted his PK for his second goal of the afternoon, to give the Bucks the lead 4-3.

To finish off the afternoon, Coach Byrd sent in a fresh 11 to begin the final half of the scrimmage. After about 10 minutes of play, Felipe Laporte (Washington D.C.) found the back of the net after a long pass by Wandile Ngwenya (Durban, South Africa). Laporte's goal extended the Bucks lead to 5-3. Two minutes later, the Scots found the back of the goal to cut the Bucks' lead down to 5-4 before the midway point in the third and final half. The Bucks defense held strong to seal the win for Rich Mountain 5-4.

Coach Byrd was upbeat and optimistic after the scrimmage. "A very big, huge victory in our first game in program history. There were some good things and some bad things. We have a lot to fix, but overall, this is a good foundation to build upon.

The Bucks will be back in action at the Meet the Bucks Event at Bearcat Stadium on Thursday, August 15, at 6:30pm. Their next scrimmage will be in Mt. Pleasant, TX against Northeast Texas at 4:00pm on Saturday, August 17th.