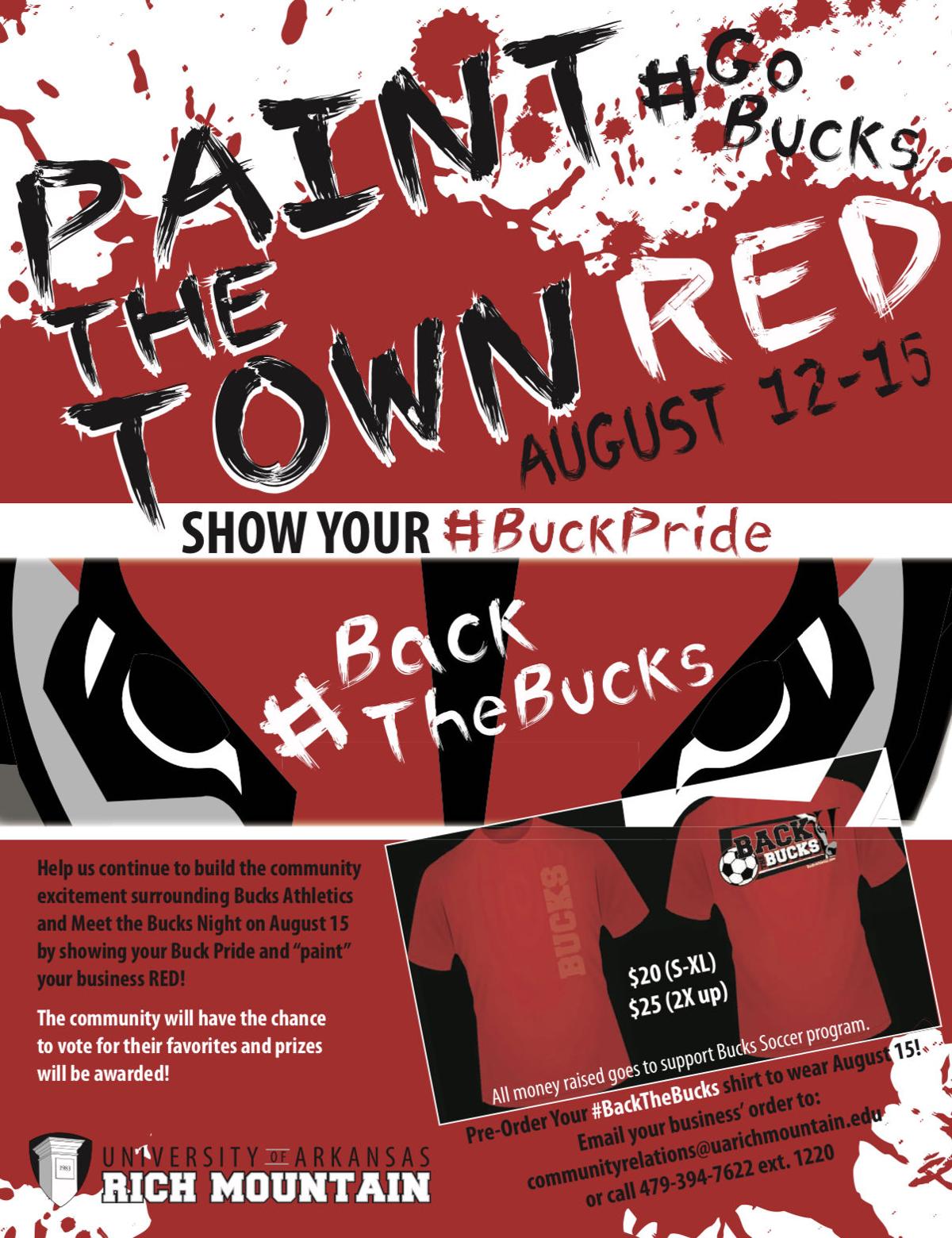 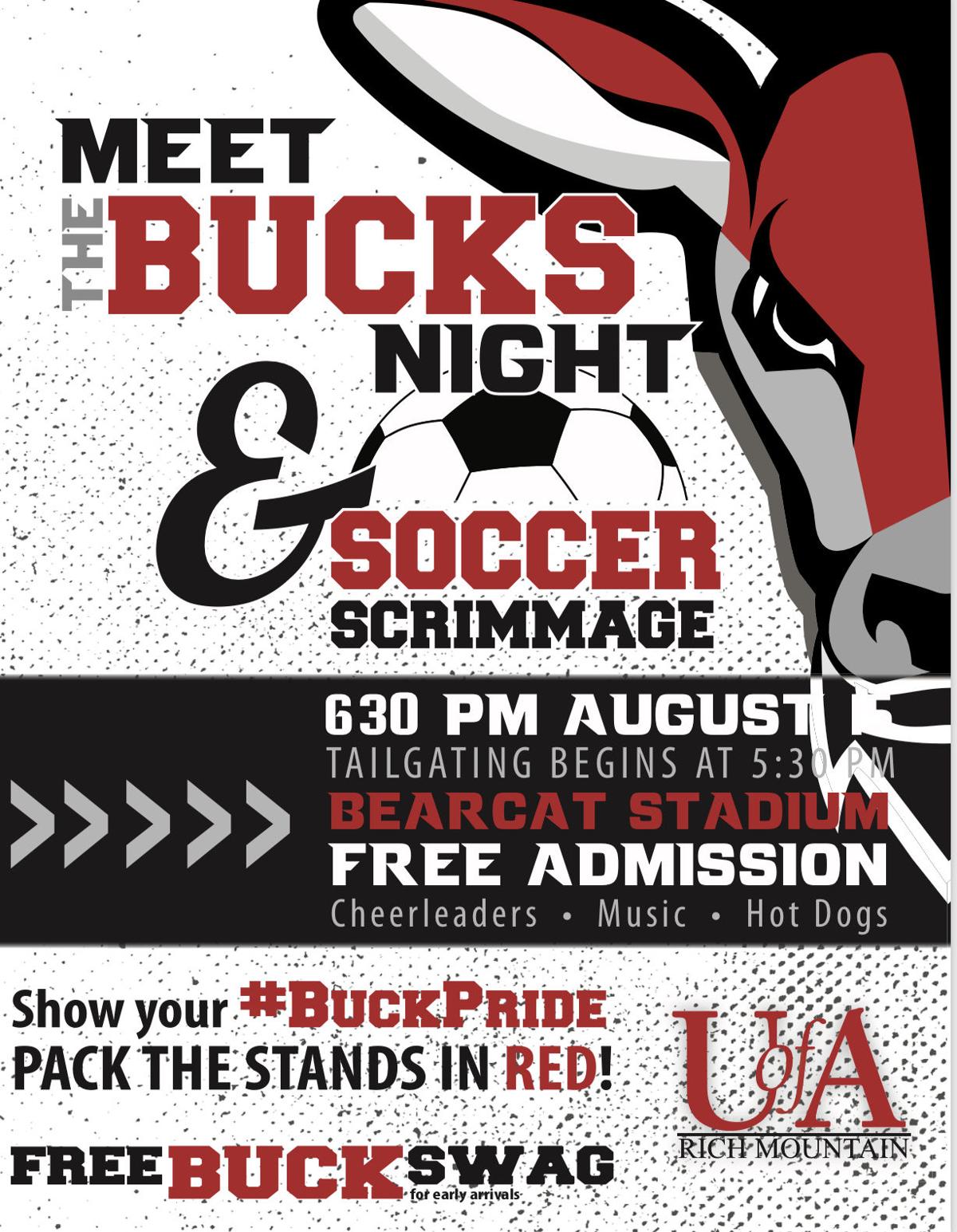 ​Student-athletes for both soccer and cross-country will begin arriving on campus July 29 and begin a strenuous practice regimen. Head Men’s and Women’s Soccer Coach Brian Byrd said he is looking forward to showcasing the talent he has assembled during the Meet the Bucks Night on August 15 that will be followed by a men’s scrimmage.

​Byrd is a multisport accomplished athlete who began coaching club teams when he was a teenager. His impressive resume includes D/FW Tornado’s Soccer Club and nine seasons at the University of Dallas, among multiple camps.

Byrd comes to Mena from Coastal Bend College in Beeville, Tex., where they had only won one game in 14 years prior to Byrd’s arrival. Under his leadership, he advanced to regional semi or finals all five years along with beating several nationally ranked opponents. “It’s safe to say that he was not intimidated by the challenge of building a collegiate program from the ground up,” said Athletic Director Morris Boydstun. “His resume is impressive to say the least and he’s very passionate about the sport. We believe this is going to translate to a very competitive team and exactly how we want to kick-off a new soccer program on our campus.”

Meet the Bucks Night will be the first time for the community to enjoy college tailgating locally. “The amount of support received from the local community since announcing our plans with the athletic programs has been tremendous,” said Chancellor Dr. Phillip Wilson. “We’ll have games, food, music, cheerleaders. It’s a great opportunity for the fans and community to bring all of their energy and enthusiasm together to help build the Bucks Athletics program. All of our student-athletes and coaching staff in all of our sports will be showcased.”

University of Wyoming announces Athletics Hall of Fame Class of 2020

Witten wants to play for Cowboys in 2020

Members of the Acorn, Mena, and Cossatot River cheer squads have actually joined together and will be Honorary Buck Cheerleaders for the event. “We have a total of 64 cheerleaders who will be taking the field and adding to the energy for the event. We appreciate the cheer sponsors being willing to share the time and talents of their squads to help us celebrate this event,” said LeAnn Dilbeck, Director of Marketing, Community Relations, and Business Outreach.

The Paint the Town Red campaign will launch August 12 leading up to the Meet the Bucks night on August 15, which is an opportunity for local businesses to decorate their businesses all in red and Buck swag to show their support for this inaugural season.  “We will also have “Back the Bucks” shirts for sale and can be pre-ordered. Money raised from these sales will help promote and support the soccer program.

“We are also giving all members of the Youth Soccer Association an opportunity to come ‘run with the Bucks.’  Meet us at the Bucks Tent and you can run out with our student-athletes, join us during the National Anthem, assist with balls, etc. It will be a great experience,” said Coach Byrd. “It’s very important to me to build a rapport with these young soccer players.” Byrd has hosted two camps this summer and plans more in the future.

For more information on how you can become involved in Buck Mania, contact LeAnn Dilbeck at 479-394-7622 or email ldilbeck@uarichmountain.edu.

The above is a press release from the University of Arkansas Rich Mountain.