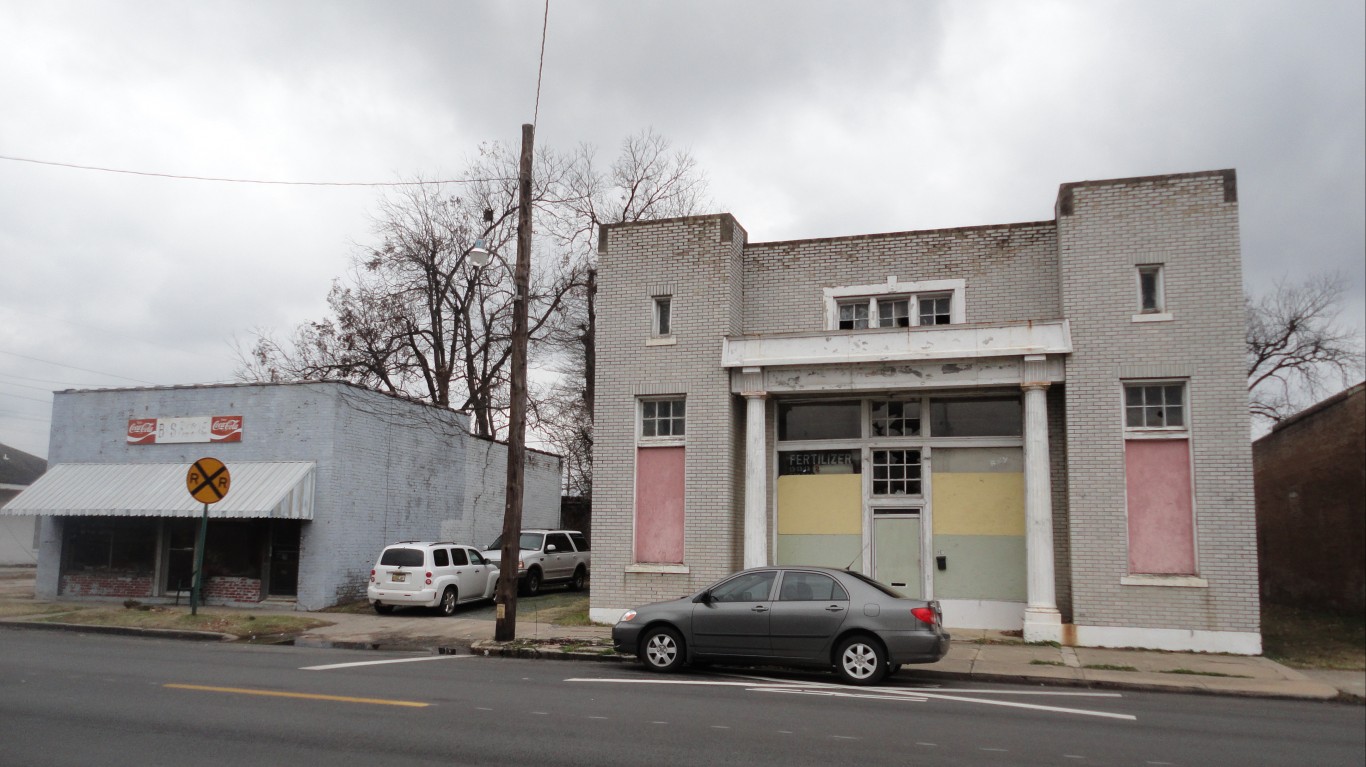 The U.S. violent crime rate -- an annual, population-adjusted measure of cases of rape, robbery, aggravated assault, and homicide -- climbed by 5% in 2020. The increase was driven by a rise in aggravated assault and, most notably, a historic 29% surge in homicides that made 2020 the deadliest year in the United States since the mid-1990s.

Despite the largest single-year increase in homicides on record, the overall violent crime rate in 2020 remains relatively low by historical standards. There were 1.3 million violent crimes reported in the U.S. in 2020, or 399 for every 100,000 people. For context, the violent crime rate ranged between 523 and 758 incidents per 100,000 throughout the 1990s.

Of course, crime is a local phenomenon influenced by a wide range of factors. As a result, violent crime rates in the U.S. can vary considerably from place to place -- and in some metro areas, rates of violence far exceed the nation-level highs recorded in decades past.

Pine Bluff, Arkansas, ranks as the most dangerous metro area in the state and fourth most dangerous nationwide. Following a 22.6% year-over-year increase, Pine Bluff's violent crime rate stands at 1,098 incidents per 100,000 people, nearly three times higher than the U.S. violent crime rate. In an encouraging break from the national trend, however, homicides declined in the metro area last year, from 28 in 2019 to 24 in 2020.

According to Pine Bluff Mayor Shirely Washington, the area's high crime rates are one of the factors contributing to steep population decline in the area. Between 2010 and 2020, Pine Bluff reported a 12.5% population decline, the largest drop of any U.S. metro area over that period.

Roses are Red, Violets are Blue, Write a Love Note on Tyson® Nuggets to Express Your 'I Love You'

This article originally ran on 247wallst.com.